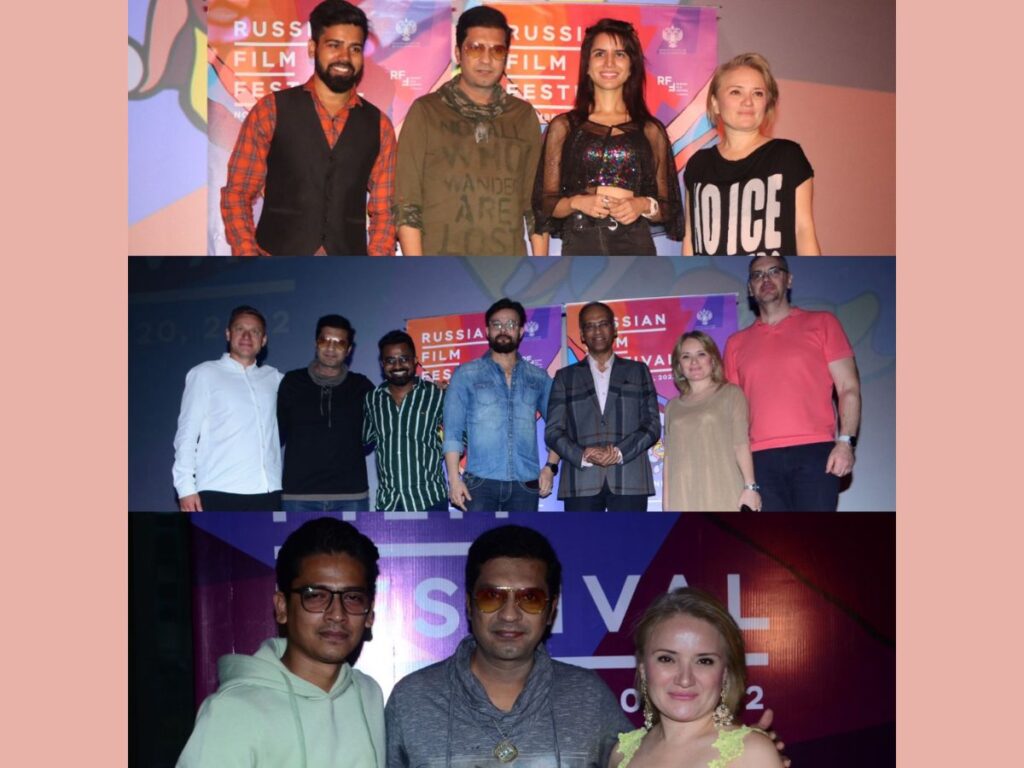 The Russian Film Festival in India was organized by ROSKINO and supported by the Russian Ministry of Culture. The festival was honored by stars of the Indian film industry like directors Babbar Subhash (Disco Dancer; Dance, Dance) and Saumitra Singh; the actor Vikas Srivastava, as well as producers and critics; Expansion CEO, Rittesh Kumar, and Mrs. India World 2022, Sargam Kaushal, were also in attendance, as were various members of the art and show business world.

Son of a Rich, a comedy about the taming of an egoistic golden boy, and The Bolshoi, a drama about a young girl’s journey to become a ballet dancer at the Bolshoi Theater, received the largest number of viewers.

Director Klim Shipenko (Son of a Rich): “I believe Indian audiences are drawn to the “rags-to-riches” idea, and vice versa, since their caste system makes such trajectories impossible. Our film depicts an uncanny sort of social mobility: one day Gregor is a spoiled golden boy; the next he is a poor peasant. The very possibility of such a transformation is at odds with the very essence of caste, which is unusual and therefore appealing to Indian viewers. And not just them! More than seven countries have bought the rights for a remake of Son of a Rich, including China, Mexico, India, Spain, France, South Korea, etc. Overall, I believe showing contemporary Russian films in different countries is important.”

During the Russian Film Festival in Mumbai, Indian film makers expressed their interest in expanding their collaboration with Russia. Thus, Babbar Subhash noted that he would like to shoot another installment of Disco Dancer featuring Russian actors:

“Everything must be in the modern style. The first film was made 40 years ago. However, the new film should retain the dancing fever and musical ambience of the original. We’ll have to update the music, of course, since musical styles have changed a bit since the first film. We’ll have to introduce rap, for instance. We want to give our viewers a taste of something new.”

Responding to the question about Russian directors’ interest in joint productions, Klim Shipenko said: “I’ve never been involved in multinational projects before, but I’d like to undertake one in the Epic action genre with our Russian actors Alexander Petrov and Miloš Biković alongside Indian movie stars.”

Russian content has huge potential in the Indian market. In support of this idea, Expansion CEO Rittesh Kumar has said: “The films from Russia I saw are modern and often differ, in a good way, from traditional Western films, in that they offer a unique perspective. I believe Russian films ought to be made more widely available in India.”

From India, the Russian Film Festival went straight to Dubai (UAE), where Russian films were screened on November 25–27.

Russian Film Festival represents a few days of screening Russian films abroad held by ROSKINO with the support of the Ministry of Culture of the Russian Federation since 2020. The main goal of the RFF is to familiarize the foreign audience with the variety of modern Russian content from art films of different genres and series to animation and documentaries. In 2020-2022, the festival was held in 28 countries, gathering almost 6.5 million viewers. The RFF format includes both online and offline events.